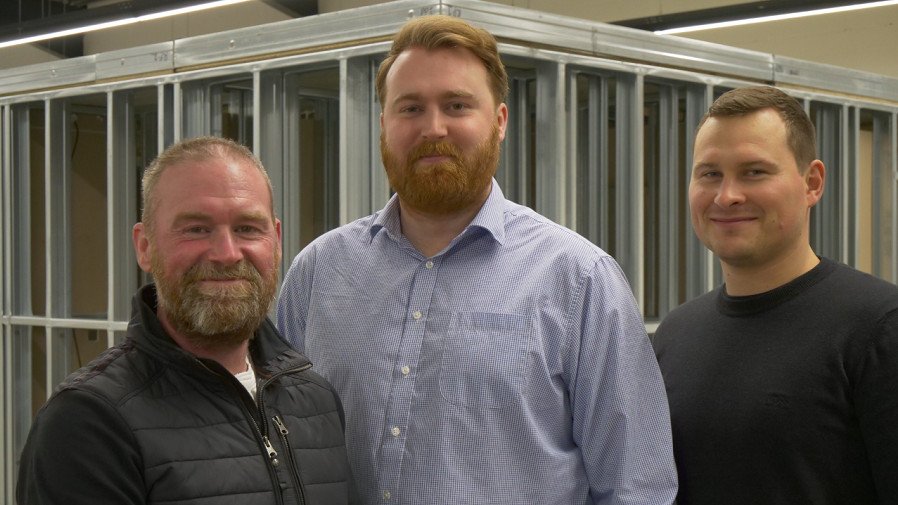 Apex Wiring Solutions (AWS) has recruited a team of industry specialists and invested over £500,000 in creating a manufacturing facility for the Apex Core – a central hub for a home’s heating, ventilation, electrical, communication and metering services.

These prefabricated utility cupboards (PUC) are increasingly utilised across the construction sector, as they arrive on site fully-assembled and ready to install.

Mike and Dave Lewis, directors of Apex Wiring Solutions, are creating the UK’s largest specialist PUC manufacturing facility at its base in Littleburn Industrial Estate, on the outskirts of Durham City, and it will be overseen by a team of pioneers from the niche sector.

The team have been recruited from Prism Offsite Manufacturing, where they developed a reputation for ground-breaking PUC innovation.

Dave said: “There are moments in industry when there are huge leaps forward in innovation. We saw that with modular wiring in the early 2000s and we’re seeing it now with these PUC units.

“Modular solutions save developers time, reduce waste, cost less and are safer…all things that are vital if the Government is to truly address the housing crisis and build more homes, particularly starter homes.

“James, Paul and Kaspars have developed the technology. They have spent the last six years refining and perfecting PUC design and development, so when they became available it was a no-brainer for us to recruit them to lead this exciting project.”

The one of its kind facility will produce fully-assembled and tested cupboards, housing the core functions required to keep a home running. The Apex Core provides a comprehensive pre-built solution for homes of any shape and size.

The Core is the central hub for heating, ventilation, electrical, communication and metering services.

“I played a major role in introducing utility cupboards as a specialist product in 2013,” said James. “Since then, they have been enhanced, refined and are becoming increasingly popular to speed up residential development projects.

“Apex has a long and impressive track record of success in commercialising new, cutting-edge industry developments and I see no reason why the Apex Core won’t be another considerable success.”

James, Paul and Kaspars have relocated from their former base in York to Durham. Paul said: “When we discussed the project with Mike and Dave, it was clear they had a clear vision for the Apex Core and were willing to back it with considerable investment.

“It was a no-brainer for us to get on board. We’ve spent the last six years developing PUCs, now we will be perfecting them and launching them on the market.”

Kaspars, who is originally from Poland, but has relocated to Durham, said: “We will be the only factory in the UK with a fully robotic production line, the only one with automated pipe bending and the only one that is producing PUCs as a standalone product, rather than an add-on to their existing service.

“It is exciting to be playing such a key role in the development of the UK’s first high-volume PUC manufacturing plant here in Durham.”

Mike Lewis added: “This plant and this team will set a new benchmark for quality, capacity and service in this sector. It is a product we are extremely excited about and it is already causing a genuine buzz across the industry.

“James, Paul and Kaspars bring with them a great deal of experience, knowledge and innovation and we’re delighted to welcome them on board.”

To find out more about Apex Wiring Solutions products and services, please contact us.